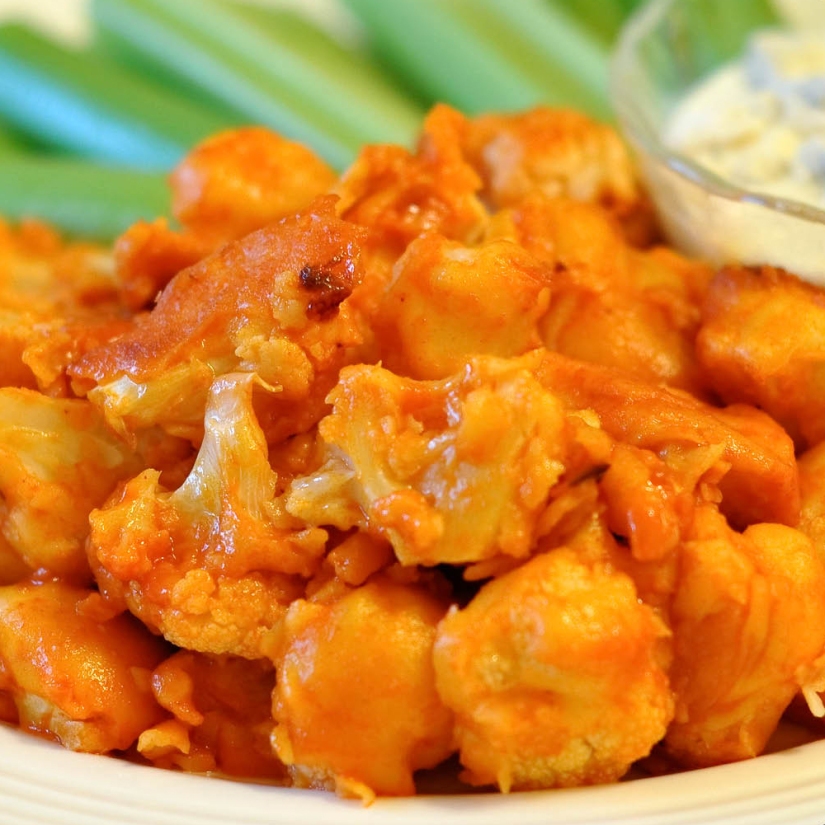 I am a girl who loves her boneless buffalo wings, just not all the calories that come with the batter fried chicken. This is a fabulous adaptation of the classic American appetizer. My husband isn’t really a fan of buffalo chicken but he really enjoyed these to my surprise. To be honest, the two of us finished off the entire batch over some Sunday football and I was guilt free! This is a really great appetizer that is not only quick but incredibly easy. Enjoy!

Note (added 01/13/14): Many people have asked about the texture. The batter becomes more like a soft breading on the outside rather than crispy. To get a crispy texture try frying the battered cauliflower. And be sure to shake of excess batter as you place it on the baking sheet so that the cauliflower is lightly coated.

I'm a wife, mom, graphic designer, & blogger. I love my life, especially when in the kitchen or with my boys. I started a cooking blog in November 2011 to share my recipes with family, friends, and anyone else that may be interested. View all posts by Diva di Cucina

This site uses Akismet to reduce spam. Learn how your comment data is processed.

If you would like to contact me, please feel free to shoot me an email at divadicucina@yahoo.com

I would love to hear from you!